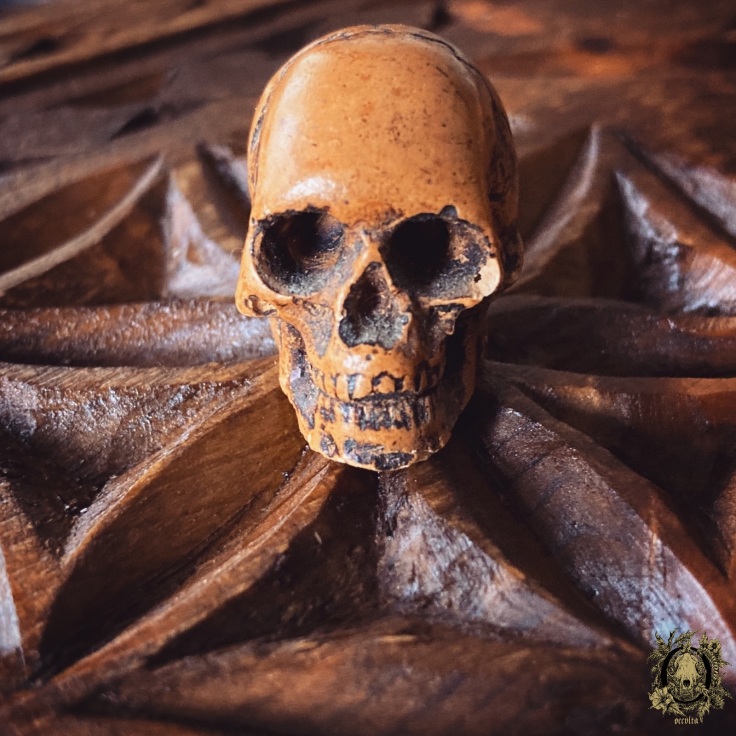 In the light of current events, ie. a case of a Spanish actor who was charged for accidentally killing a man with toad venom during an alleged shamanic ritual, we now feel the need to talk about the elephant in the room once again: appropriation in spirituality and esotericism. We talked about it when dealing with the Ayahuasca polemic and the Path of Poisons years ago, but it feels like it’s time to address this topic again.

The toad venom celebrity case was actually pretty simple: Spanish actor Nacho Vidal allegedly administered powdered toad venom to a man as part of a healing ritual. Vidal claimed being an expert on the substance and officiated a ritual administration of the venom to a person who died as a result of drug-induced complications. Vidal argued he was trying to help the victim, his friend, overcome a drug addiction: he said that he himself had tried toad venom and that it had changed his life. So, in a few words, Vidal used an entheogenic substance that was part of certain initiatory ceremonies, and used it in a therapeutic fashion. In interviews prior to the incident, he said: “I want people to experience the same thing I experienced”. Unfortunately, the healing ceremony had a fatal result, and Vidal failed to react when he saw the effects the drug was having on his friend.

Even though Vidal’s case is a bit extreme, it is also representative of what we want to talk about today, both because of the causes that led to the incident and also because of its aftermath.

The Roots of Appropriation: the Appeal of Exoticism and the Disregard from our Surroundings

Appropriation makes use of a substance, an idea, a spiritual belief, a cosmological concept, takes it out of its original context, and places it in a different cultural frame –usually in a culture that abused the former- for the profit of a person or collective. This goes from white people practising Afro-American magic or sorcerous paths, the abuse of Ayahuasca by the white colonizers, etc.

Appropriation has many faces, and most of them are quite evident, like taking deities and placing them out of context, using ceremonial clothing as costume, but there are also subtler but equally destructive examples of appropriation: white people using white sage smudges and Palo Santo wood sticks, for instance, which are originally linked to long-abused communities and that are now being marketed amongst the colonisers. The white sage and Palo Santo market does not only harm the culture in which this was originally used but also harms the environment on which the plants grow, as the market demands cannot be met by the current level of production. Globalizing certain aspects of spirituality can lead to graver consequences that we might ever think of.

But why does appropriation occur? After thinking about it, we reached the conclusion that appropriation is a result of ignorance. For instance, using endangered white sage for “cleansing” spaces instead of, for instance, using thyme, which has been employed since ancient times in western traditions to scare epidemics or to deter death. But also, ignoring the fact that white sage is endangered and that was revered and ritually employed as part of religious ceremonies by a culture that rejects the current usage we make of this and that is striving to cultivate and grow it.

Another concern that comes with appropriation in spirituality and esotericism is the fact that, by appropriating other things or ideas, we are failing to acknowledge our own heritage, and we run the risk of losing forever a valuable source of knowledge and experience. It is in our hands to revert the situation and try to connect with your environment. I am not talking here about finding what your familiar heritage is or making up traditions, because this is part of each one’s identity, but we should pay respects to the territory we live in now. The land that gives you the food you eat and the water you drink, and the spirits that surround you each and every day. Failing to acknowledge them just drives us closed to the irremediable loss of an invaluable treasure.

Syncretism or Appropriation: where to draw the line?

It is true that contact with foreign ideas and concepts make cultures move forward; innovation is part of progress, and we can never innovate if we are not open to inspiration or the ideas of others. But let’s set things straight, appropriation is not equivalent to syncretism. While syncretism (be it cultural, religious, or aesthetic) is the result of a natural process of organic adaptation and exchange, appropriation is born out of dishonesty and ignorance. Studying, researching or trying to comprehend one culture differs from using this just because you want to do it, because it’s trendy or eye-catching.

Let’s imagine we live in France and we decide to work with the jaguar as a spiritual guide because we had a specially relevant dream. When embarking on a spiritual journey, intuition and emotional responses play a crucial role, of course, but once the calling has been heard, it is time to do some research and try to understand the nature of one’s call (it could be born out of ego, out of external influences, out of a myriad of reasons). We all know it is very cool to have the jaguar as one’s spirit guide, but our responsibility as followers of a path is try to know what does that call mean and what price must we pay to follow that call. If we really feel the jaguar is our spirit guide, shouldn’t we try to understand where it lives, its natural environment, the mythological and cosmological role of this animal in its culture? Shouldn’t we at least try and understand the whole ecosystem to which this animal belongs instead of just taking it out and forcing it into our system?

It is amazing that we sometimes claim we honour nature and the spirits that reside in it, but we are unable to connect with them because we have never been to that place, or we claim to belong to a tradition that was actually destroyed by our blood relatives, or that we say we commune with an entheogenic plant spirit while ignoring or underestimating the cosmology from which it emerged. And, collaterally, there is a spiritual price to pay when appropriating a spiritual path, as we this level of self-deceitfulness can fire back at us severely: the spirits or legit practitioners of the appropriated tradition can get offended by our actions, and the same could happen to our land, which we have so wrongly ignored.

The only way to stop appropriation is knowledge and critical thinking, plain and simple.

We could, for instance, ask ourselves these questions and answer them honestly:

An unspoken collateral damage of appropriation: how about demonizing every fucking thing?

Going back to the toad venom incident, after Vidal was arrested and the media started talking about the case a lot of “experts” on drugs started popping up on the media saying that toad venom was actually DMT (remember toad venom is actually 5-Meo-DMT). This led to a myriad of journalists investigating on the so-called trafficking of DMT, referring to the toad venom as “God’s molecule”, and branding DMT as a fatal drug, warning people about DMT being sold in the black market for shamanistic purposes. From then on, shamanism has progressively evolved as a word that is used as a synonym for quackery or fraudulent healing practices.

By appropriating the spiritual beliefs and practice of a colonised or abused culture we contribute to the demonization of those same beliefs and practices that we claim to respect and follow. Instead of just using them as a badge to prove we are cool, why not help those who are the legit practitioners and receptacles of the tradition?

We claim we are a community, right? Or is it just a word is fun to say? As a community we have the responsibility to communicate as honestly and clearly as we can: we have the obligation to choose the right words, to know why we do what we do, and to make sure we practice what we preach.

We say we have to take care of the helpless, and yet we forget about traditions, spirits, plants, animals, or even minerals (do not get me started on how your amazing minerals come from very sketchy places). Appropriation may end up with nasty outcomes such as demonization, prohibition, destruction of our own tradition if we do not pay attention. It is our duty as practitioners to be honest to the paths we follow, and do not let fraudulent usages go unnoticed.